Prologue: When Edward J. Hirsch recently died, his estate included some items that he brought home from Europe after the war. Many if not most of these items are “Nazi” items. It is not known precisely how he acquired these items, but since he was in the midst of significant battle areas the family assumes that he simply acquired the items as souveniers as the Allies pressed forward into Germany, and perhaps after the war was won. All of the items remained in a box stored in his various family homes in Lincoln, Nebraska, and then were taken by his son as trustee of his personal trust to be simply stored when Mr. Hirsch moved into an assisted living residence in 2008. Upon his death, the son decided that the items should be disposed of, preferably to educators or others involved in keeping the memory of this horrible war and the Allied victory alive.

Pre-War: Edward J. Hirsch was the only child of Edward (NMI) Hirsch and a homemaker, Amelia Hirsch, and was born in Lincoln, Nebraska. His father was a member of the U.S. Forces in WWI in Europe. Remarkably, his father was born in Frank, Russia of German heritage, and the father was one of many, many “Germans from Russia” who migrated in the late 19th and early 20th centuries, and settled in the Lincoln, Nebraska area. His mother was also a full-blooded German who also was the child of Germans from Russia, but was born in Lincoln.

Most significantly, for WWII purposes, German was spoken extensively in the home, and Edward J. Hirsch became very fluent in the language while he was growing up.

Mr. Hirsch graduated from Lincoln (Nebraska) High School in 1939, and entered the University of Nebraska in Lincoln with the goal of acquiring a degree in journalism.

Enlistment: When war broke out in December, 1941, Mr. Hirsch completed his third year of college and enlisted in the U.S. Army in August, 1942 with the goal of becoming a medic. He was attached as a medic to the First Calvery Division at Ft. Bliss, in El Paso, Texas. As a medic, it occurred to Mr. Hirsch, who at that time was 5′6” and weighed 135 lbs., that he would be severely challenged trying to carry soldiers on litters. He terminated his plans to be a medic, and applied for Officer Candidate School in artillery school. He was accepted into OCS and underwent training at Ft. Sill, Oklahoma, where he was ranked second for “leadership qualities” in his training group. Upon completion of training, he was assigned to a newly formed unit, 281st Field Artillery Battalion, which then trained at Camp Cooke, near Lompac, California.

War Experiences: 2nd Lt. Hirsch was shipped to Liverpool, England in November, 1944 on a Victory Ship, which was part of a large convoy that zig-zagged across the Atlantic to avoid German submarines. For three months his battalion was billeted among the Welsh people at Denbigh, Wales. In February, 1945, the battalion crossed the English Channel at Le Havre, France. It then travelled through France and Belgium to Western Germany, and then engaged the German forces at a time when the German army was retreating, and the Allies were attempting to keep up the pressure.

Due to his ability to converse in German, Lt. Hirsch was in the very front portion of the battalion; he and his driver moved frequently in a jeep as the Germans retreated. Lt. Hirsch was charged with locating the best Howitzer placements in the countryside, and locating billeting quarters for the officers in German homes, where his German-speaking ability was very helpful. Since he was part of the front of the advancing forces, Lt. Hirsch’s assignment for gun placements was very dangerous, subjecting him and his driver to rear action sniping and other confrontations by the retreating German army.

Lt. Hirsch would converse with residents of homes identified for billeting, and received respect from the residents, mostly women, when they learned that his name was “Hirsch” (which means “stag” in German) and spoke their language. He informed the residents that they would have to leave for an evening, and then identified objects in their homes that they should take with them to save them from Allied looters. The next day he repeated the exercise.

Remagen: Lt. Hirsch was most proud of his participation in the fighting at Remagen, Germany—a significant event during the pressure the Allies were forcing on the Germans. As the advancing Allies approached the Rhine River, major challenges faced them in finding a crossing point. The Germans were sworn by Hitler to prevent any crossing of the Rhine, and the German army was detonating bridges to prevent that crossing. The Germans, however, bungled the destruction of the Ludendorff Bridge near the town of Remagen, Germany; to Americans, it became known as The Remagen Bridge. Its capture has been memorialized in a book “The Bridge at Remagen” by Ken Hechler (Ballantine Books, 1957) and a movie by the same name. The bridge was captured on March 7th, 1945 and Lt. Hirsch arrived on March 8th as part of the advance forces of his battalion.

Lt. Hirsch and ten enlisted men were directed across the Rhine (on a pontoon bridge quickly set up in 10 hours to substitute for the heavily damaged, but not yet destroyed Ludendorff Bridge) to Linz, to secure a large German hospital. Lt. Hirsch was the youngest officer and the only single one at the time, thus he was selected for this assignment. The hospital continued to be used, and German medical personnel were kept on the premises to render aid to wounded German soldiers brought to the hospital by Americans. There were numerous amputations, and Lt. Hirsch recalls seeing amputated legs stacked neatly, like cord wood, behind the hospital. Lt. Hirsch was able to communicate with German officers and others at the hospital. Germans “sniped” at U.S. gun placements from the hospital.

Fighting in the area remained intense, since Hitler concentrated on destroying the Ludendorff Bridge. Artillery rounds and V-2 rockets were fired at the bridge, but were unsuccessful in hitting it due to the topography. A German “jet” airplane was sent to the area in an effort to destroy the bridge, and its speed prevented the Allies from hitting it. There were a number of American casualties resulting from falling ordinance fired at the “jet”. Lt. Hirsch observed that official reports stated that this area saw the heaviest concentration of anti-aircraft guns during the entire war.

Efforts to destroy the bridge were unsuccessful. However, Lt. Hirsch was in his office in the hospital at Linz and had a view of the bridge. He just turned away for a second, and then looked back to see that the bridge had collapsed, killing 28 Americans and injuring 63 who were trying to restore it.

It is possible, although not positively known, that Lt. Hirsch may have acquired many of his “Nazi” souveniers during his assignment at the hospital.

Post-Remagen: After two weeks as commander at the Linz hospital, Lt. Hirsch rejoined his battalion, which had been transferred from the First Army to Gen. George Patton’s Third Army in the south. He was part of a convoy of tanks, infantry and artillery that pursued the German army through Bavaria. He was in Bavaria as part of the advancing army in early May, when the forces were ordered to pull off the road and stop where they were. Word came down the line that the German army had surrendered.

The battalion and others were moved to a 15th Century castle at Kipfenberg between Munich and Nuernberg for training and eventual transfer to the Pacific Theater, but the war ended prior to transfer.

Lt. Hirsch was then assigned as Special Service Officer of the 53rd Quartermaster Base Depot; he became the Public Relations Officer, and founded the newspaper “The Wheel and Eagle” to serve the unit. The family speculates that he may have acquired some souvenier items at this time. In May, 1946 he was ordered to take a company of American soldiers—all black—back to the U.S. on a troop ship. He was honorably discharged with the rank of Captain in May, 1946. 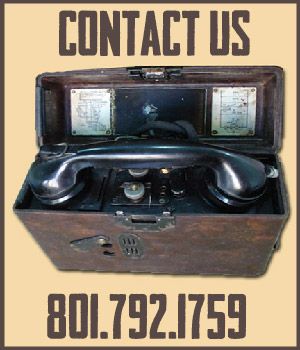 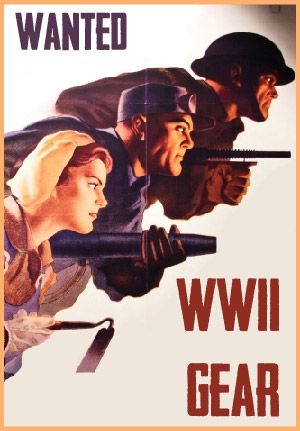 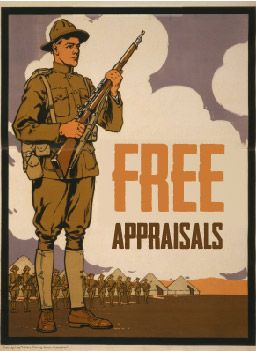 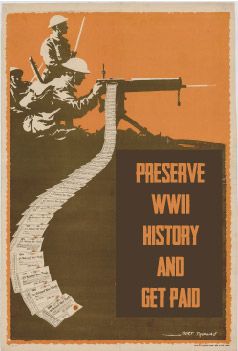 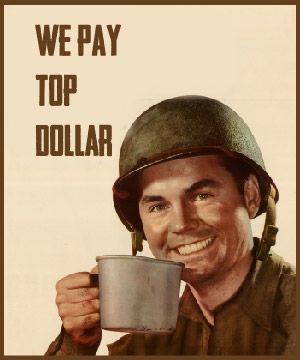